No products in the cart.

All sizes are available. Write your size in the comments to the order on the checkout page.

Insignia – a symbol of the power of Gideon Ravenor. HE was an Inquisitor of the Ordo Xenos of some renown and one of the Inquisition’s most powerful psykers.

During his time as an Interrogator for the Inquisitor Gregor Eisenhorn he was severely wounded during a terrorist attack on the world of Thracian Primaris.

Thanks to the technological marvels of the Adeptus Mechanicus and Ravenor’s own unbending will, he survived his injuries, but due to extensive tissue damage and burns, he was doomed to spend the rest of his days in a life-supporting Force Chair.

The sensory deprivation caused by his injuries and the chair’s built-in psy-boosters allowed Ravenor to continue in the Emperor’s service with significantly enhanced psychic abilities.

As an Inquisitor he won many great victories that helped to preserve the Imperium and at one point he actually helped save the material universe itself from destruction.

Ironically, Ravenor gained much greater fame amongst the Imperial elite as a philosopher than he did as a warrior. His esoteric philosophical book, The Spheres of Longing, is generally considered to be his greatest work.

Brass or silver are metals that just perfectly accentuate the power of the pendant. Skillfully work, small parts, fine lines – it’s all about the pendant of this Insignia.

This design features Insignia from Grim Dark Universe made by hand from silver. The design is also available in silver or silver-plated brass sheeting. In some cases, it can vary slightly from the product shown as a cause of hand-made technology. An ideal solution for Grim Dark Universe cosplay.

The pendant is hand made from brass (or any other materials – by request). We can offer customized designs if you’re interested just drop us a message.
Free Shipping.

If something is going wrong with your transaction please contact us before writing negative feedback. We’ll do everything to fix the problem.

If you have any questions we’ll be glad to answer you!

There are no reviews yet.

I gladly accept returns and exchanges

But please contact me if you have any problems with your order.

The following items can't be returned or exchanged

Because of the nature of these items, unless they arrive damaged or defective, I can't accept returns for:

We want our clients to be happy. Absolutely all problems are solvable, please contact us if something goes wrong. Our team will be glad to find the best possible solution for your problem.

✔ Time frame for refund: 7 days after you have received the package - items should be shipped back.

✔ If you are not satisfied with your items for any reason or they are damaged during the shipping, please contact us before leaving a feedback.

✔ If your package was returned to us as unclaimed I'll contact you for further information on delivery or canceling an order.

✔ If you wish to cancel transaction (if we have manufactured the product) then there is non-refundable 10%.

✔ If your order has been individually, then refund will be made only if the product is defective or the order did not come.

✔Lost Packages:
• Package is considered as lost if it doesn't come within 45 working days from posting date and tracking info approves that.
• We will fill in the claim about the lost on our own.

✔ Shipping method:
• All packages are sent via international registered airmail from Russia.

✔ Custom Fees and Duties
• Customers are responsible for any fees, taxes, and duties associated with shipping & purchasing to their respective countries.
• I'm not responsible for delays due to customs. 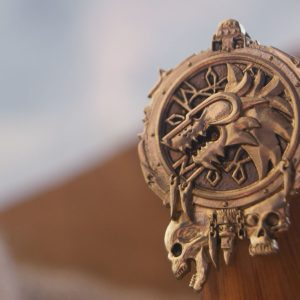 Pendants
Space Wolves Chapter Pendant
All sizes are available. Write your size in the comments to the order on the checkout page.
was last modified: June 11th, 2022 by admintema
$55.00 – $105.00 Select options 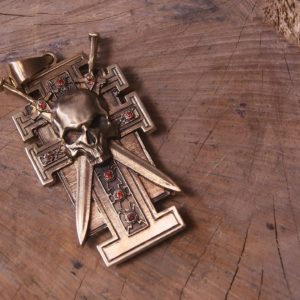 Pendants
Insignia of Inquisitor – Special Powers Pendant With Garnets
All sizes are available. Write your size in the comments to the order on the checkout page.
was last modified: June 5th, 2022 by admintema
$54.00 – $105.00 Select options 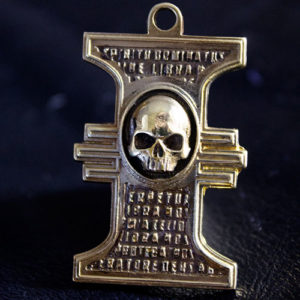 Pendants
Insignia of Inquisitor Special Power Pendant
All sizes are available. Write your size in the comments to the order on the checkout page.
was last modified: April 9th, 2022 by admintema
$49.00 – $105.00 Select options 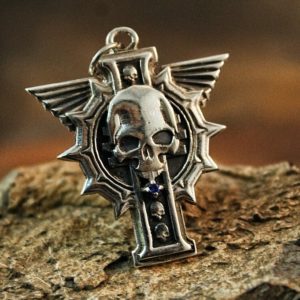 Pendants
Insignia of Inquisitor – Special Powers Pendant
All sizes are available. Write your size in the comments to the order on the checkout page.
was last modified: May 8th, 2022 by admintema
$49.00 – $105.00 Select options 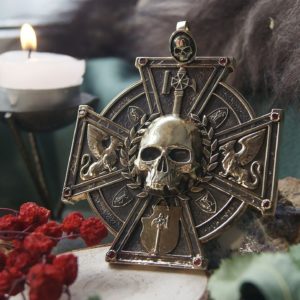 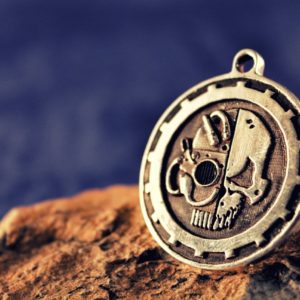 Pendants
Adeptus Mechanicus Pendant
All sizes are available. Write your size in the comments to the order on the checkout page.
was last modified: May 13th, 2022 by admintema
$55.00 – $105.00 Select options

© Created with by 8Theme. All Rights Reserved

Use this form to find things you need on this site

You can add any HTML here (admin -> Theme Options -> Promo Popup).
We suggest you create a static block and put it here using shortcode